What a cool way to finish up a BIG day by making a special gift for me! and boy do I deserve a little something today. I love the color pink, it's such a pretty color and living with three boys (hubby, and two sons), the only place I can use pink is on me.

In the 18th century, people used to call sewing kits, housewives (see Wikipedia).  So today I made a pink housewife.

I needed something nice to store my needles, which by the way, I purchased at Sprouse Reitz in 1990! My nephews were so small back then. I'll have to tell you a funny story about them way back then. My nephews were between six and eight at that time and they had a cat whom they named Thelma, but soon after, my younger sister announced that it was a MALE cat. So the kids, innocently changed her name to Mr. Wilbert. From then on, he was Mr. Wilbert, the cat, we all called him. I didn't realize this made the kids confused. In fact they didn't appear to be confused at all.   UNTIL ......... a few days later when we decided to have a party.  The party was a family gathering at my mother's house on a hot summer night. For some reason, we decided to have it in the middle of the week.  I forget what we were celebrating but it was pretty loud with music and dancing and singing.  Soon, after midnight, we hear a loud knock at the door and both my sister in law and I got up to answer the door.  To my surprise, two policemen were at the door! I was extremely embarrassed that my neighbors called us in.  I apologized to the police officers and all of a sudden, my nephews run to me and stand between me and the police officers.  Now my face is tomato red because it's the middle of the week and it's past midnight and the kids are not in bed (shame on me, right?).

My face turned all the colors of the rainbow by this innocent and misguided proclamation!

Now, back to my housewife.  Here's what it will look like: 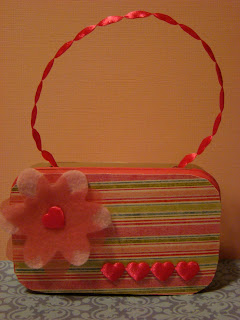 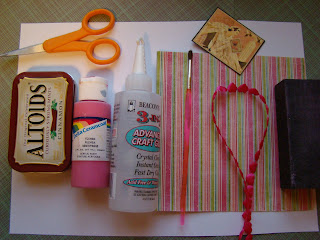 and a crop-a-dile to puch out the holes on top for the handle.  You can skip that step if you don't have a crop-a-dile. 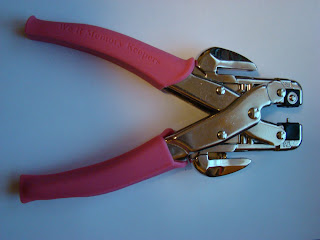 You will also need felt, hot glue gun and needles: 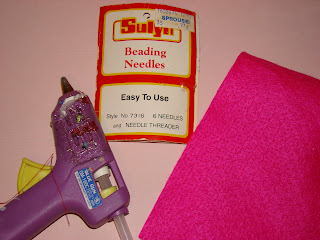 First, you'll need to sand your tin box in the places you want to paint.  I just want to paint the sides of the lid to coordinate with the paper. 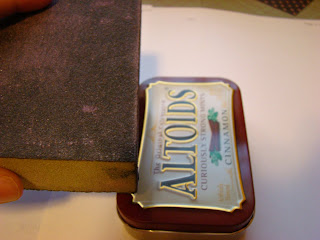 You don't have to take all the pain off the tin, just scratch it enough so the paint sticks to it, like this: 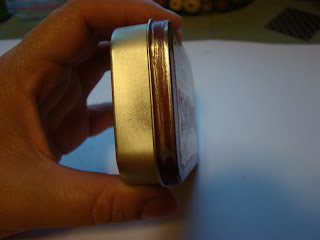 Next, paint the tin, I painted mine pink: 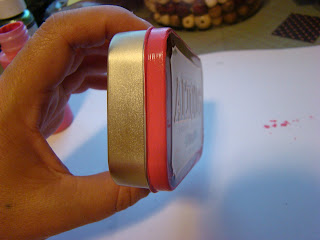 Then, after it dries, pour  some glue on top and spread with your finger and place your paper on top, like this: 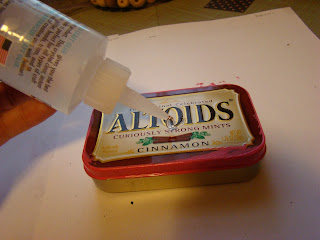 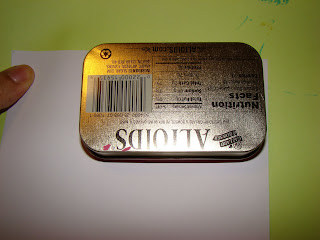 Next, cut the excess paper around the tin with your scissors, as close to the tin as you can, like this: 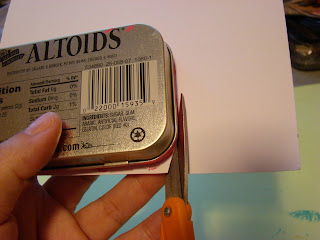 Here's what it will look like, front and back: 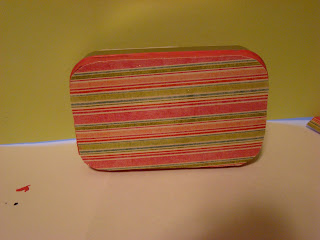 next, use your crop-a-dile to punch two holes 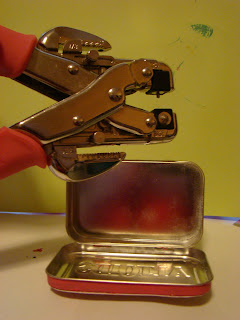 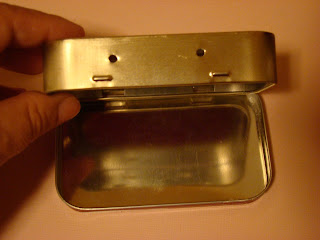 Then, pull ribbon through, isn't this ribbon pretty? pink hearts 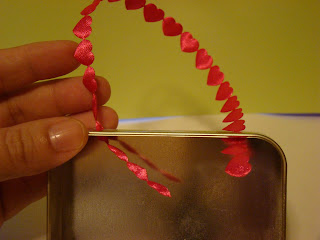 you will need to sew the ribbon inside the tin so it holds.  Next, glue a piece of paper on the inside of the lid.  Spread the glue with your finger then place the paper on top and let dry.  Once dry, use a picture or scrapbook image to decorate. 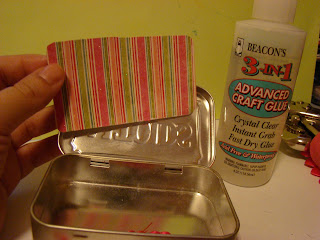 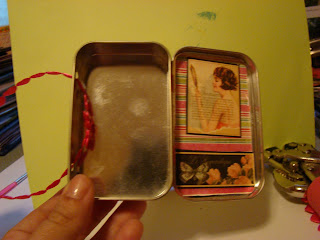 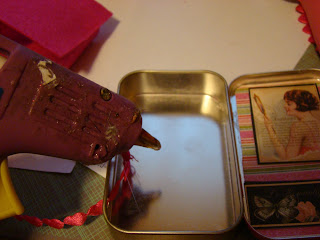 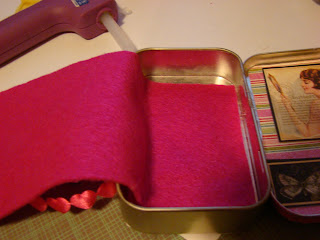 For measurement, accordion fold the felt inside the tin: 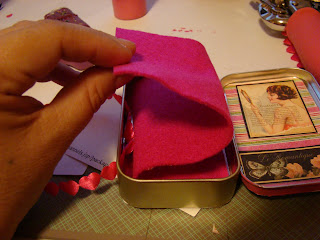 Next, add your needles: 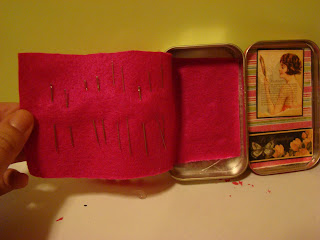 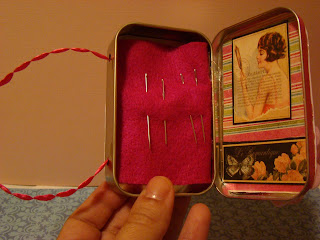 I added a few hearts from the heart ribbon and a flower, to see the flower tutorial, go here 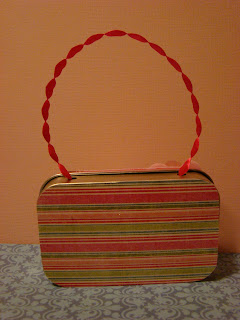 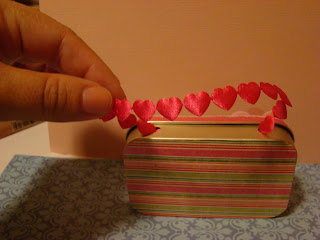 I also took a picture with the flash so you can see the paper.  It has glitter that doesn't rub off, pretty cool paper, click on picture to see it larger: 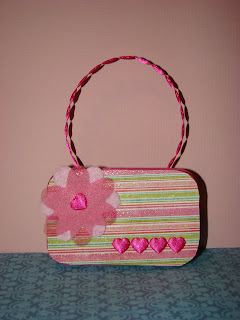 For my Pink Lady challenge, I'd like to introduce Veronica, from Thru Veronica's Eyes.  Go check out her blog, she shares her breath-taking  beautiful pictures on her blog.
Posted by Maria@BubblegumandDuctTape