The Truth, The Whole Truth, Nothing But The Truth

This post is part two of my September 19th post, "Well, Get A Hold Of These Lies, ahm, Stories" .  Sandie, of Chatty Crone, awarded me with the "Creative Writer" Blogger Award.  Thank you Sandie, I'm so honored and grateful beyond belief.

I posted five lies and one true story about myself and I asked my readers to comment on which story was true.

I was not surprised by the answers you all posted. This is because all had some truth in them.  I just embellished them a little.

TIP: If you need to make up a lie, I'd say, just embellish something that's true (am I good or what?).  I learned that from a compulsive liar friend of mine, but I have to conceal her identity....and no, I don't suffer from multiple personality disorder.....there is no compulsive liar little girl inside my head.....and no her name is not Monitta......she'll get mad if you call her that...hehe.


I had an affair with a married man: Sweet LIE

This was a complete fabrication of my creative mind.  The only true statement about this was that I lived in San Marcos while attending Cal State San Marcos.  I would never come between a married couple.  I have too much respect for marriage and for people to do something like that.  The picture is actually my very handsome and sweet husband on our wedding night. 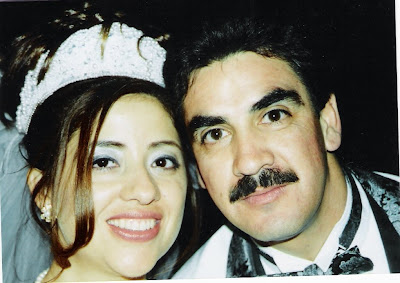 I was married to an 80 year old man: Sweet LIE

There was an 80 year old man in my life when I was twenty years old.  His name was Vito Quaresima.  He was a very dear friend of mine.  All the things I posted about him were true.  He was a sweet old man full of fascinating stories from his past.  His intelligence intrigued me, his mysterious personality, inspired me.  But, there is no romance  here, let alone marriage. 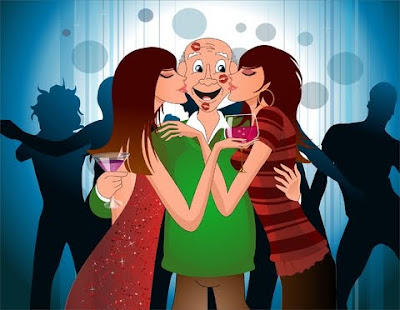 I purchased my home entirely on the internet, seeing it in person a week after closing escrow: Sweet LIE

I have a beautiful singing voice: Sweet LIE

Beautiful singing voice????? who ME???? while I LOVE to sing karaoke, I'm sorry to say (and so would my family and friends), that I don't have a voice for singing.  It's not a HORRIBLE voice, but it's definitely not a beautiful one.  You probably wouldn't cover your ears when I sing but you would ask to turn down the microphone volume, lol.

A lady did approach my friend Linda and I at a mall while we were shopping for cosmetics and complemented us in our looks.  However, the lady was a Mary K consultant and gave us her business card.  Since neither my friend or I were interested  in selling cosmetics, neither of us called the lady back.

I'm flattered that some of you believed this one.  Out of all the lies, this was the most  fun to make up, I just kind of went with it. 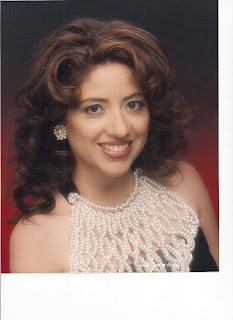 Now to reveal the TRUE statement:

.......there is no candid camera hidden in your computer, this is actually a true story.

If you are not surprised, you must be gifted with telepathy or maybe you haven't had your coffee yet.  Whatever the case, I know you're feeling bad for me right now 'couse you care.  It's totally okay, don't feel bad for me, it was an experience that made me stronger.

Jennifer got it right! what a lucky guess, way to go Jennifer! Nick.....not quite, but you had me laughing.

So here's the story (that not even my family knows and I'm sure my phone will be ringing tonight, I'll just turn it off, hehe, just kidding Julie,geesh):

I got stoned in the streets of Mexico when I was eight years old by fellow classmates.  This was done by eight innocent little girls who didn't know any better.  I'm sure they were as confused as I was at the time.  They thought I was a disgrace to the community and a trader because I was leaving Mexico to live in another country.  I wrote a short story about it below, if you have time, read on.

(Remember, don't feel bad for me, it ended up being a very memorable experience for me that made me feel like a Queen)

The larger than life iron gates that stood twenty feet tall opened for the last time for me.  I was so excited, I could hardly contain myself.  "Should I run?  should I skip and hop all the way to my grandmother's house?" I asked myself quietly.  I was so excited you would think it was Christmas morning on that hot summer day.  You see, I was going to be reunited with my family after two years of being apart.


As I walked out through the school's iron gates, I heard some giggles behind a car that was parked just outside the school.  I still remember the smallest details, like the dark blue color of the car and how clean the windows were and how close to the curve it was parked, and that you could hide behind it when you didn't want someone to see you.  I soon realized that there was a mob of girls waiting for me to step outside the school's gates.  They couldn't fool me, I could see them through the car's windows.  I guess you really can't hide behind a car, after all.  As I stepped outside the gates, the chase began.  As I ran, the mob of girls ran behind me, yelling, "trator...trator...let's kill the trator....".  I ran as fast as I could and as I ran I felt small rocks hitting my back.  This is the one time I wished the roads were paved with cement and not gravel stones.
I kept running as fast as I could for two blocks all the while feeling the stones hitting my back, until I realized that I couldn't run forever.  I also realized that if I threw the gravel stones at them, I'd hit them where it would really hurt because they were running towards me.  I bent down and grabbed a handful of  stones to throw back at them.  I hesitated for a moment.  I asked myself, "did I really want to do this? is this what a little girl, who loves pink roses, does?".   As I tried to rationalize what I was about to do, a strong feeling of courage came over me and I threw the first fistful of stones.  I was very confused, as I thought, "Is this what a little girl, who loves pink hats, does?".   I kept throwing stones as I thought of the answer to these questions.
They eventually stopped throwing the stones at me and, to my surprise, started running the other way.  At this point, I didn't think it was fair that they'd run away from me when I had the upper-hand, so I chased after them!.
The pride that I felt for standing up for myself  was enough to be able to outrun them.  At times, stopping for a few seconds to grab more gravel stones to throw.
I finally stopped chasing them.  I chased them the same distance they chased me, "it's only fair," I thought.  I turned to the direction of my grandmother's house and skipped, bruised ,but proudly home.  Yes! that's what a little girl, who's clothes were all different shades of pink, does.  I felt like a Queen who had just won a battle, in my pony tails and all. 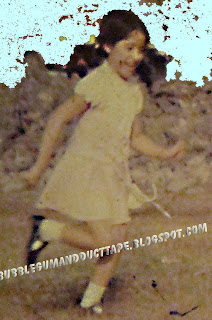 Since no one volunteered to receive the award, I have selected five of my readers to award it to.  I know these ladies will have a lot of fun with it as they have a very creative imagination.

I hereby pass this award to  my blog friends Suzanne of Meridian Road, Maria Gridley of 4 Way Stop and Agape Love Designs and Photography ,  Sonia Barton of Modista Modesta and AmieAnn of  Pinkapotamus and Nesty of The Nesty Blog.

Suzanne blogs about projects she works on to decorate her home.  She has inspired me from the day I found her and has given me many ideas on new techniques.  I don't know how she does it but she keeps up with the latest in home decor.  When ever there is a new color, design or technique, I'm pretty sure I'm going to hear it from her first. She recently posted pictures of her bedroom, let me just tell you, I was ready to make a trip to Lowe's for paint in blues and whites.

Maria has an awesome blog where she posts tutorials for crafts.  She recently made the cutest album and posted an easy to follow tutorial.  She also made a very fun cartoonish stand, the kind you stand behind to have your picture taken.  She posted a step by step tutorial so that you can make your very own for your next party.  They would be awesome for Halloween.  She is a proud mommy of three cute little ones that keep her busy and happy.

Sonia has just completed a series of blog challenges where she explains in posts how to improve your blogging experience.  I learned so much from Sonia these last few months.  She is focusing her posts on tutorials as she LOVES to craft and also sharing interesting stories of her daily life. She has three grown kids, she's a very young and cool mom.


AmieAnn's blog is full of ideas in home decor that will inspire you.  She reminds me so much of me when I was first married and didn't know how to cook, clean, or anything "housewifee".  Thank goodness for shows like Sandra Lee and Martha Stewart, we now both rock in the "housewifee" department. She also shares stories here and there of her daily life as a mom.  She has three beautiful children who are the most curious little bunch.

Nesty once you start reading Nesty's blog, there is no doubt you will be hooked.  She is from a place called Kitimat, British Columbia, Canada.  The breath-taking pictures she posts will take you to places you wish you could visit in person.  She has gone on long road trips and shares the exciting stories with her readers.  She makes the most delicious cookies and, she's such a sweet girl, she would give us all cookies if she could.  She blogs about life in Canada AND she is a handy dandy crafter.

I could talk about these ladies all day but go see for yourself, just click on the links above on their blog titles.  I cannot wait to read their creative stories.

Do you have a story of courage when you were a child? let me know, either in a comment below or in an email, I'd love to read it.