A True Story and a Key Charm

First off, thank you all who have been linking back to my projects, I see them all over the place.  Also, a special thanks to my email subscribers, I appreciate the love.

This is a true story, as experienced by a close friend.  I had a conversation with a close friend yesterday that left me a little shaken.  He has had a bit of bad luck this year.  He lost his job, lost his house, had developed unexplained health problems and had been unable to get back on his feet.  I'll have to change his name to keep him anonymous, let's call him Roman.
One day, a couple of weeks ago, Roman decided to go to a "curandero", a witch doctor, yes, you read that right, a witch doctor!!!!.  How on earth did he find a witch doctor? you ask, well, there's practically one in every corner in East Los Angeles.  The creepier the outside of their establishment looks, the better experienced they are....just saying, in case you're ever in need of one, you'll know what to look for.  No need to thank me.

This witch doctor then went on to tell Roman that he had been cursed!...(why am I not surprised)...he had been cursed not once or twice but three times!!! not only that, but the witch doctor alluded to the name of the actual person who cursed him! now that is some scary stuff.   What if the witch doctor's calculations were wrong and the initials, he claimed to see, were wrong.  My friend Roman has such a kind heart that he was willing to give that person the benefit of the doubt, but for now, the curses must go away.  All three of them.

Roman listened to every instruction given by the witch doctor and followed them carefully, which included; placing an egg in every room of his apartment, meditating in each room while facing east, placing a black  feather underneath his pillow .....I'm still wondering what the egg will do???any suggestions??

During that evening, Roman felt a presence throughout his apartment and may have even gotten a glimpse of a dark shadow when he was in the shower.  The following day the witch doctor performed a ceremonial cleansing with oils, fire, water and other earthy materials, along with a ceremonial chant that included the initials of the perpetrator.  All this while Roman lay half naked on a cold, wet, slimy table.....yes this is how Roman described it to me.....I know, I know, it sounds a bit out of this world.  Although Roman is quite the joker, he was not joking this time.  He was as serious as a banker...... wait, bailout.........okay, okay, maybe as serious as a pilot flying high with serious engine problems. I started to believe him at this point.  I mean, I've had my share of supernatural experiences.  While laying on the table face down, Roman could hear voices coming from the walls in all directions.  At one point, he felt someone or something press his body down with force onto the table and whispering in his ear.

Since that "cleansing", Roman has gotten multiple calls for interviews.  He's health has returned to normal and he is able to get a good night's sleep, every night, unlike before.

Now I ask you, do you believe in witchcraft or witch doctors or curses???? do you have a similar experience? I'd like to know what you think, leave me a comment below.


This is what I made for my friend, Roman, a good luck charm to go on his key chain: 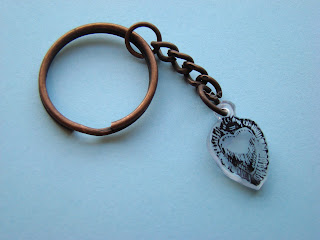 This is a sacred heart that will keep him safe anywhere he goes.

You'll need one of those plastic salad to go boxes that have a 6 inside the recycle triangle.  It has to have a 6, otherwise it won't work: 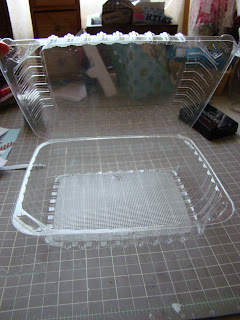 you'll also need these supplies from an arts and crafts store: a Staz On ink pad and a rubber stamp: 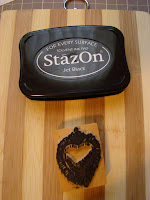 also, a craft heat tool, scissors and a whole punch: 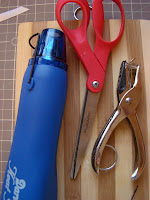 Stamp your image on the plastic: 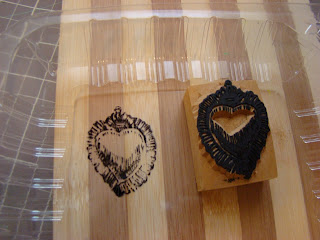 cut your image and leave room to punch a large whole on top, this is so you can hang it later.  I'm showing it next to a penny so you can get an idea of the size as compared to when it's shrunk with the heat tool.  Also, you can paint it at this stage with Sharpies or alcohol inks, but if you do, be careful because the color will be very intense: 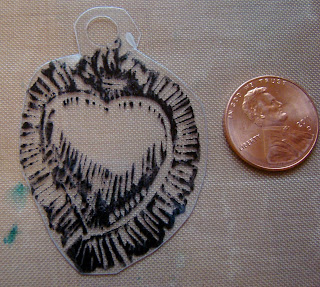 next, take your heat tool and heat in a circular motion.  It will shrivel up like this but don't worry, it straightens out by itself: 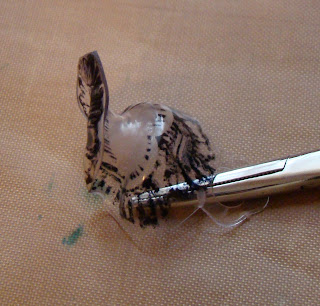 put it on a key chain and it's all done!

Thanks for coming by, hope you all have a great weekend.

Play in the warmth of the Sun, Dance in the light of the Moon, Sing like no one is watching.