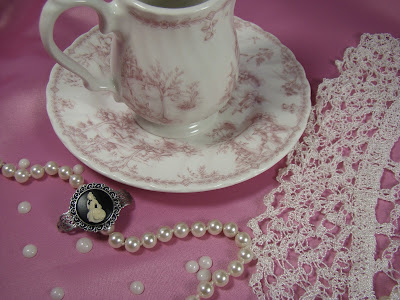 
It was the sound of birds singing that awoke her that summer morning.  The same sweet sound that had awakened her every day when she was just a little girl.  Long forgotten memories of those familiar sounds are now coming back to her as she slowly reaches for her white lacy robe.  She gently combs her long silver hair that has kept her company her whole life.  In fact, she can’t ever remember it being shorter than her mid back, and boy was she ever so proud of that.  The birds singing in the background as she gets dressed have now become a distant sound.  Sometimes she forgets she hears them at all.  She didn’t know it right then but that summer morning would be the last day she would hear them sing.
Distant Memories take over her thoughts...........
She was eight years old as she jumped out of bed rushing to get ready for school.  She was like a little hummingbird fluttering about her morning.  As she ate her breakfast she could hear the sounds, the sounds of birds singing all around her. And there, sitting at the table in her favorite pink little dress, her feet barely reaching the floor, she could hear nothing but the birds.
As a young eight year old, she didn't know it then that for the majority of her life she would try to replace those soothing sounds.  She tried replacing them with boy’s attention when she was a young lady.  As she got older, she tried replacing them with a career other girls would envy.  She tried replacing them with a car, a house, a diamond ring but nothing ever soothed her heart long enough for her to appreciate it.  She had reached all her dreams and still felt a part of her was empty.  Then one day, several years later, a pivotal event occurred.  While walking in the park she heard the sounds of birds singing and she realized instantly that it was the birds!
She bought yellow birds, white birds red birds and all sorts of birds and a large cage to put them all in.  Life was finally beginning to make sense.  The birds filled that empty  space she had been trying to fill with the wrong things.  The sweet sound of birds singing  gave her the inner peace she needed to find meaning in her life.
But now, decades later, sitting at the breakfast table looking out the window, she doesn’t notice the cage.  Dressed in her pale blue dress that highlights her silver hair, she barely hears them sing.
~sharing this story with Beverly at How Sweet The Sound LINK